Our beginning is typical of many Italian companies: two enterprising young people who decide to take in hand their own destiny, have the right idea and work hard to raise the necessary resources to buy the first machine (second-hand) and set off their  activity. We are in 1979. The story starts with the simple realization of wiring for  electrical panels, followed by the production of single core cables. The early years foresee advantageous business opportunities abroad, that increase simultaneously to the development in the domestic market.

In the early’90s the most important turning point: the move of the premises to a bigger area followed by a production increase, the extension of cables range (with rubber cables alongside the manufacture of PVC cables) and  the obtainment of IMQ certification as a reward for the high quality of products.   In the following years Pecso achieves a constant growing expansion, reaching the current size and becoming important both in national and international markets, positioning itself among the best Italian producers of  cable industry.

This growth has not prevented us neither from paying more and more attention to our customers and their needs, nor to take  into big consideration the importance of our older employees, who represent the history of this company. They are a source of experience and knowledge for the new generations,  now ready to go on  with enthusiasm and energy.

And the story continues… 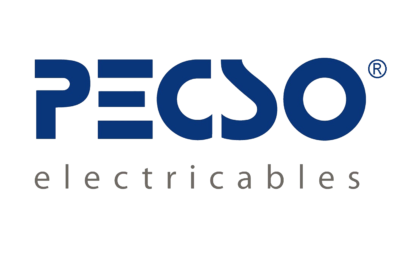